Congratulations FAU owls for placing 7th overall at the Southeastern ASCE student Competition. (28 schools)  In under 15 years we moved into the top 10 in a region with SEC schools like Alabama, Auburn, and Vanderbilt (that we finished ahead of), Tennessee and Florida (#2 and 3).  It’s FAU’s first time in the top 10.  It is a good launching point for next year when FAU hosts the competition – Civil Goes Green in 2017 (for St. Patty’s day).  And you all should be there!  Sponsorships available. 🙂 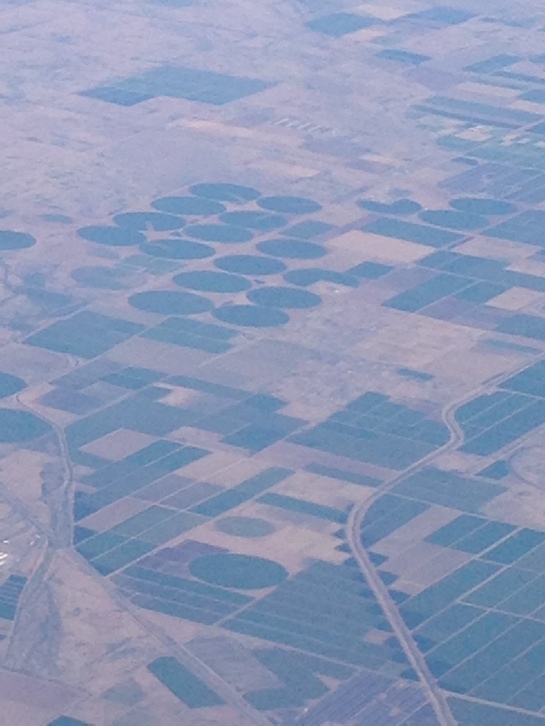 Over the holidays there were a couple articles that came out about groundwater issues in the US, mostly from the declining water level perspective.  I also read a paper that suggested that rising sea level had a contribution from groundwater extraction, and of course USGS has maps of areas where the aquifer have collapsed as a result of overpumping.  In 2009 USGS published a report that showed a large areas across the country with this issue.  The problem is that of the 50,000 community water systems in the US, 500 serve over 50% of the population, and most of them are surface water plants.  There are over 40,000 groundwater systems, but most are under 500 customers.  Hence, groundwater is under represented at with the larger water associations because the large utilities are primarily surface water, while the small systems are groundwater. AWWA has difficulty reaching the small systems while RWA and NGWA reach out to them specifically.  But the small utility seems more oriented to finding and producing water and operating/maintaining/drilling wells than the bigger impact of groundwater use.  It is simply a matter of resources.  I ran a system like that in North Carolina, and just getting things done is a huge issue.  A couple of my medium size utility clients have the same problem.

The bigger picture may contain the largest risk.  Changing water supplies is a high cost item.  We have seen a couple examples (surface water) as a result of drought.  We saw Wichita Falls and Big Springs TX go the potable reuse route due to drought.  California is looking at lots of options. Both have had rain lately (Wichita Falls discontinued the potable reuse when the reservoir got to 4% of capacity).  Great, but someone is next.  Droughts come and go, and the questions is how to deal with them.

Groundwater supposedly is a drought-proof problem, but is it?  Groundwater has been a small utility solution, as it has been for agriculture.  But aquifer require recharge and water limited areas do not have recharge.  The result is a bigger problem – overpumping.  Throughout the west/southwest, Plains states, upper Midwest (WI, MN, IA), southeast (SC, NC), we see this issue.  Most of these areas have limited surface water so never developed much historically.  Rural electrification changes that because it made is easy to put in an electric pump to pull water out of the ground in areas that never had a lot of water on the surface, and hence were not farmed much. Pumps made is easier to farm productively, which led to towns. However, our means to assess recharge are not very good, especially for confined aquifers. The lowering water levels USGS and state agencies see is an indication that recharge is normally over estimated giving a false picture of water availability.  If your aquifer declines year after year, it is not drought – it is mining of the aquifer. You are sucking it dry like the eastern Carolinas did.  But, like many negative things, there is a lack of willingness to confront the overpumping issue in many areas. There are many states with a lack of regulations on groundwater pumping.  And I still think groundwater modeling use is limited to larger utilities, when smaller, rural systems may be most in need of it due to competing interests.

Concurrently, I think there is a tendency to oversell groundwater solutions (ASR, recharge), groundwater quality and the amount of available water (St George, UT).  Easy, cheap, limited treatment should not be the only selling point.  That leads to some curious decisions like some areas of California north of LA the utilities do not treat hard groundwater – then tell residents they cannot use softeners because of the salt in the wastewater prevents it from being used for reuse.  The reason they do not treat – cost, but it makes things difficult for residents.  The fact is we do not wish to confront is the realization that for many places, groundwater should probably be the backup plan only, not the primary source.

That leads to the question – what do we do about it when every politician’s goal is for their community to grow?  For every farmer to grow more crops?  But can they really grow sustainably?  DO we not reach a point where there are no more resources to use?  Or that the costs are too high?  Or that competition become unruly?  The growth and groundwater use ship is sailing, but in to many cases they do not see the rocks ahead. 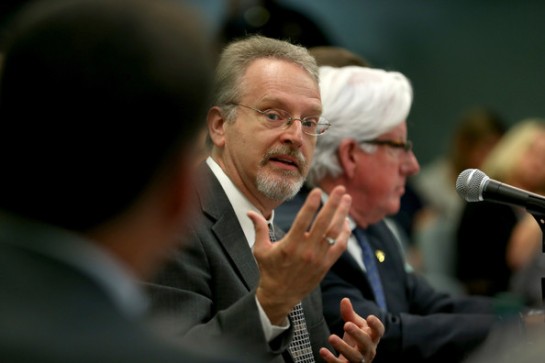 In my last blog I introduced our ethics project we hope to make progress on.  But here is one of the interesting questions, especially in Florida.  I could not find any actual laws or rules issues here, but it is increasingly common for big engineering contracts to have lawyers, lobbyists, etc. get involved in what is intended to be a qualifications based selection process? There is an interesting issue raised in 287.055 FS (CCNA) where the legal intent is that governmental agencies “shall negotiate a contract with the most qualified firm for professional services at compensation which the agency determines is fair, competitive, and reasonable.” Most states use credentials and qualifications for selection as opposed to cost, because the lowest cost may not get you the best job.  You want people doing engineering that have experience with the type of project you are doing.  This has come up to me with storage tanks, membrane plans, deep wells, etc.  You want someone that has done it before, not someone who is cheaper but hasn’t. There is too much at risk.

In addition the statute is fairly specific about contingent fees (as are most states):

So here is the question:  As the public becomes more aware of these types of political lobbying activities, does it move the perception of engineers away from a profession and more towards profession toward developers, lawyers and others who are often seen as less ethical than perhaps engineer, doctors, educators, and scientists?  And if so, is this good for either the engineering profession or the local governments (and their utilities) involved in the selection process?  The comment that “that’s how business get done” is not an acceptable argument when the priority purpose of engineers, and utility operators is the protection of the HEALTH, SAFETY AND WELFARE OF THE PUBLIC.  Somehow I think the politicizing of engineering contracts does not help our profession.  Looking forward to your thoughts.

So as 2016 starts, it is time to look at goals for the coming year.  I have several project in mind that I would like to make progress on this year. The first is interesting.  We have embarked on a project that looks at engineering ethics.  The study have several parts:

One of my reference points is an old publication from ASCE by Murray Mantell, who I got to know about 15 years ago.  He wrote such a book in 1964 when he was char of the University of Miami’s Department of Civil Engineering.  I believe he has since passed on, but I have used his book in some of my courses.

Other references come from contact with the Board of Professional Engineers in each state and various society’s code of ethics, and historical versions of same. However a “hole” in our project is the perceptions piece.  Views change with time and with technology.  Things like competition, lobbying, risk and costs create added pressures on engineers and a need to react to those pressures.  So what we would like to do is create a survey monkey survey for engineers, professional and not to respond to as a means to evaluate perceptions.

I do not have ready access to a database for this purpose.  Gathering data form many states would be difficult as well and duplicative as many engineers have multiple licenses.  However, your organization does not have this constraint.  So I am reaching out to several societies to see if there is a means to collaborate on this endeavor.  The program is as follows:

I am hoping that some of these organizations will find benefit and will agree to participate by emailing the survey link to their members.  I will compile the data and we expect to publish it.  Most of the work so far is being done via email, and thanks to some prior students for gathering information on it.  I have a ways to go here though.  So what are your thoughts?  If anyone can help with ASCE, NSPE, ACEC, etc, I would appreciate it.  And if you get that email with a link, I would appreciate your input and comments.

I had the opportunity this weekend to visit one of the traveling Vietnam Memorial Walls.  I have been to the real wall in Washington, but this was a 3/5 scale model in steel that gives a lot of people who cannot get to Washington a chance to check it out.  There were ancillary exhibits that went with it, but it was generally a fairly quiet event.  Too quiet in fact.  Over 58,000 people lost their lives in Vietnam and 150,000 were wounded.  Some 25,000 of them were 21 and under.  They were kids.  And there were maybe 20 people there.  The vendors had very few visitors.  Most of the merchants in Jupiter near the exhibit were closed (it was Sunday, but still). Even the band had only one person sitting and listening to the 60s tunes they were playing.  Students from adjacent FAU were conspicuously absent.  There were a number of Vietnam vets there eager to share memories and stories, many of which were great.  But I really felt that this was a missed opportunity for a lot of people.  WWII vets get attention, as they should, but sadly they are leaving us.  Likewise Korean War veterans are passing on as well.  Our next set of fighting vets are those in Vietnam, who were never greeted with the same fervor as WWII.  Vietnam was the longest war we fought until that point and these guys just did the job they were drafted to do.  It was a game-changing event in America. Go see the wall if you can and pay your respects.  These guys will appreciate it after all these years.