It’s Baaack!!  just in time for the end of January.  The B-17 returns along with its companions – B-24 Liberator and Mustang.  If you have never seen these WW2 planes in person, you need to.  My Dad flew 25 missions in WW2 on a B-17, starting in the turret, then in the tail, and finally as bombardier on the last two flights.  After a purple Heart and 25 missions, he was assigned to desk duty for the remainder of the war.  At the tiem he enlisted, the proability of getting to 25 missions was small when he enlisted in late 1942 – the first plane to do it was in late 1943 – teh Memphis Belle. Over 1/3 of these planes were shot down during bombing runs, yet the guys on thee B-17 swore by their safety and capability.  They could fly on two (of 4) engines (Dad mentioned that it was preferable that they be on opposite sides of the plane however), had redundant hand controls in case the hydraulics were shot out, and could navigate with parts of the tail and wings missing.  They’d land and get put back together, ready to fly out a couple days later on another run.  Crazy times for a bunch on 20 year olds – something we cannot comprehend. 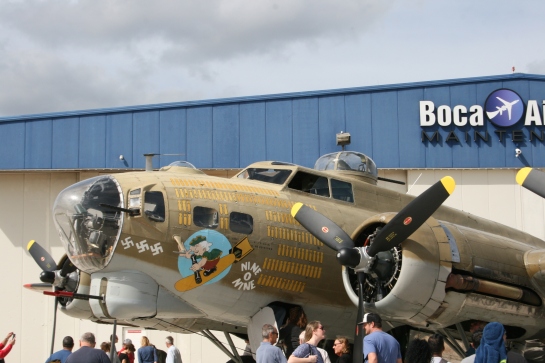 For those who have never seen WW2 bombers, you should not miss the opportunity. There are very few you can see, and only a couple that fly.  A few vets that flew in them show up as well to tell their stories.  The Collings Foundation flies a B17 and a B24 to 110 cities every year to display the planes.  I go every year – actually flew on the B17 on year.  My Dad flew 25 missions on a B17.  Started in the ball turret.  Got a Purple Heart as a tail gunner.  I encouraged our students to take a look (for a little extra credit).  Ten took me up on it.  One brought her kids and said it was fantastic.  The faculty for our design class (me and Dr. Meeroff also went.  So we are all included below.  Thanks to everyone that went.  Thanks to the Collings Foundation for this opportunity.  See  you new year! 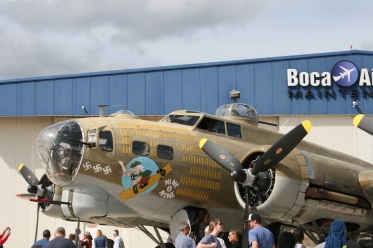 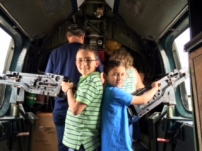 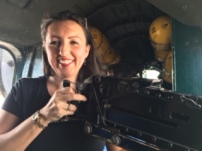 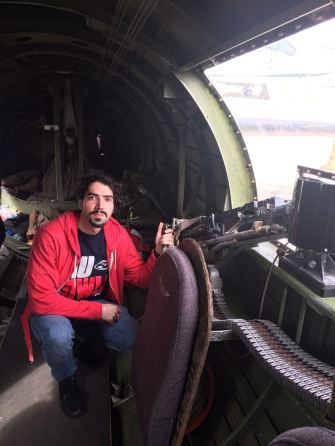 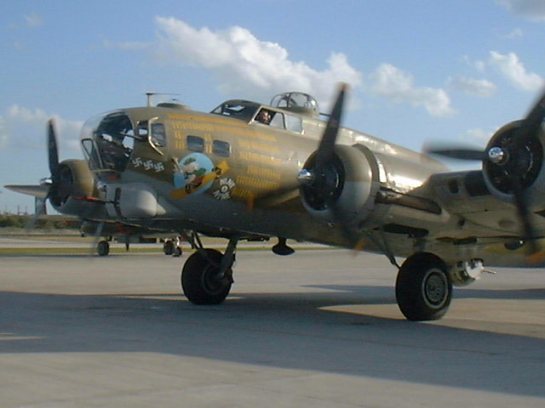 I had the annual pleasure to tour a flying B17, B24 and mustang fighter jet today.  It is absolutely fantastic to see these plane fly.  I took a trip in this B17 about 10 years ago – well worth it.  On the plane were 10 other guys, all 80, all who had flown in a B17 during WWII, just like may Dad.  Their stories were harrowing but great – memories that flooded back like they happened yesterday.  If you have the chance to see these planes that tour the nation courtesy of the Collings Foundation, please make the effort to go see them.  Take the kids – they will love the experience.  It is a great opportunity to tell them about grampa or great grampa flying in one of these planes.  Some of those guys did not come back., which is even more important to remember.  There are always guys out there who flew on these planes – ask them about it.  It is a great learning experience.  And a great lesson to us all.

Every winter, the Collings Foundation flies into southeast Florida with a restored B-17 Flying Fortress and a B-24 Liberator. These vintage airplanes are a major part of why the Allies won World War 2 and it is fantastic that people have an opportunity to see a flying 70 year old airplane.  I took a ride on this B17 several years back.  My Dad was on one for 25 missions in 1943.  I couldn’t get him on with me.  He figured that was enough even when I offered to pay the $350 for the 45 minute ride (well worth it!!).  Even reminding him that there would be no flak and no bullets streaming through the plane was not enough. But when I got on, there were 11 more guys my Dad’s age taking yet another ride in the B17.  Interesting if you flew in a B17, that’s what you wanted to ride – and I am sure vice versa with the B24.  The stories were great.  My Dad’s tour of the plane (on the ground) was enlightening.  Too bad these guys are leaving us.  I encouraged my students to take a look when the planes were next to campus.  I took a few hours before class to wander about.  Another year I will jump back on the B17.  If you get the opportunity, I encourage you all to do the same.

In the meantime, the question that we need to think about as we remember these men and women is where are these folks today?  Millions of men and women worked hard, fought and many died trying to benefit society, not themselves.  They were looking out for the world, their friends and families.  They were looking out for a way of life for the future.  Leadership requires a prospective view, a vision for tomorrow and a willingness to sacrifice and do what is needed to achieve that vision with the intent of providing betterment for all.  So as we look forward in 2015, this seems to be an obvious issue to explore.  I look forward to your views. 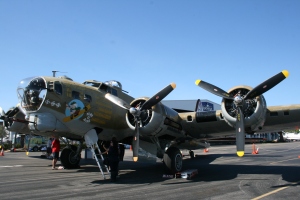 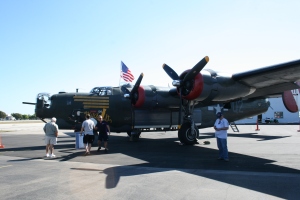 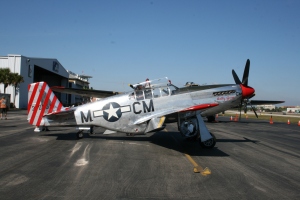