Clearly the message from potable water users with respect to price does not resonate well with consumers.  Bottled water sales continue to rise, while water utilities struggle with public images with respect to whether you should drink water from the Tap.  Flint did not help, but Flint is an aberration, one of 54,000 utilities (realizing others have lead pipes but have successfully managed this issue for many, many years).  I often ask people about their concerns and most often get these responses:

Let’s talk about each of these statements and perhaps the marketing of water by utilities should be altered to address the concerns, not the price.

Who told you that is my normal questions.  It usually is a vendor selling point of use equipment.  Now I have nothing against point of use equipment sold to the right people (i.e. personal wells), but this is nonsense for potable water customers.  Water utilities test water constantly, often many times, in many locations during the day and all that data is recorded and much of it reported.  If water does not meet standards, or MIGHT not meet the standards, people are told to boil water or not drink it.  Few water utilities will avoid telling the public like Flint.  Most regulations require prompt, preemptory notifications, and failure to do so subjects operators to fines or potential criminal charges.  The law does not take this lightly as all the regulations under the Safe Drinking Water Act focus on public health protection.   Fault- vendors and utilities – see #5

Ignorance is not an excuse, but this highlights a failure by utilities to convey the message to their customers. Websites and mailers are great, but connection to people is essential.  Most utilities do this poorly.  We need not to fail here.  Fault – Utilities

Chlorine is the greatest public health advancement of the 20th century.  It immediately reduced the occurrence of waterborne illnesses to almost nothing after implementation.  You want chlorine in your water.  It disinfects the water and keeps the pipes clean of bacteria and biofilms.  Drinking water without chlorine requires a boil water notice because is public health safety cannot be guaranteed.  Then I ask how many people pull out that filter in their refrigerator (half the people don’t know they have one).  There is a reason the manufacturers recommend changing it regularly.  Why – well, those that do know about the filter will often acknowledge that slimy film of the carbon filter.  Welcome to the bacteria that grows in the presence of carbon (food) and the absence of disinfection (no chlorine).  Draw a picture.  And don’t drink water from the refrigerator of the people who didn’t know about the filter!   Fault – utilities.

See above.  You need chlorine in your water. And you need calcium.  If you do not have calcium (one of the constituents of hardness), the pipe will be very aggressive (welcome to Flint) and every reverse osmosis plant out there before the add chemical  to address this issue..  You do not water without hardness.  Install that vendor’s system and then test how much iron zinc, copper and lead you have in your system.  Or plastic.  Fault – Unscrupulous Vendors  and utilities (see #5)

Utilities produce a consumer confidence report every year.  No one reads it.  It is posted on the website.  No one knows about it.  Ok, maybe a few people know and read it but this is an epic fail. We comply with the requirement but do nothing with the information (except post it).  We need totalk about compliance and we need to talk about the treatment performed.  Most people know nothing about this and no little about where their water comes from.  We need people to want to know, to understand and to care.  Fault:  utilities

Ultimately in each case there is a failure on the part of utilities to convey their message in the right manner, to the right people in a consistent manner.  I realize that many utilities try to convey the message but is it working?  George Hawkins turned around the message in Washington DC, but he is recognized as a leader because he accomplished this.  An excellent effort would be to figure out how to visually show people the value of water.  Words and powerpoint don’t work.  The internet does not work.  The news media is not interested.  Our politicians often do not care because it is not a problem.  And that is part of the problem – water quality is rarely a problem.  We need to convey the good news -Perhaps we can create a beacon of light amongst the trolls, conspiracy theorists, people asking for money for whatever, and news that inundates us every day in all forms of media.  To compete for limited public dollars we need to create this message. 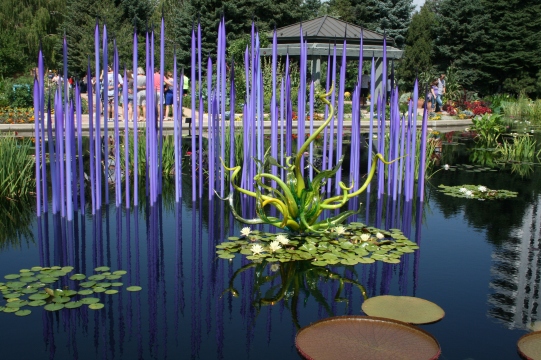